SOM Thinkers: The Future of the Skyscraper 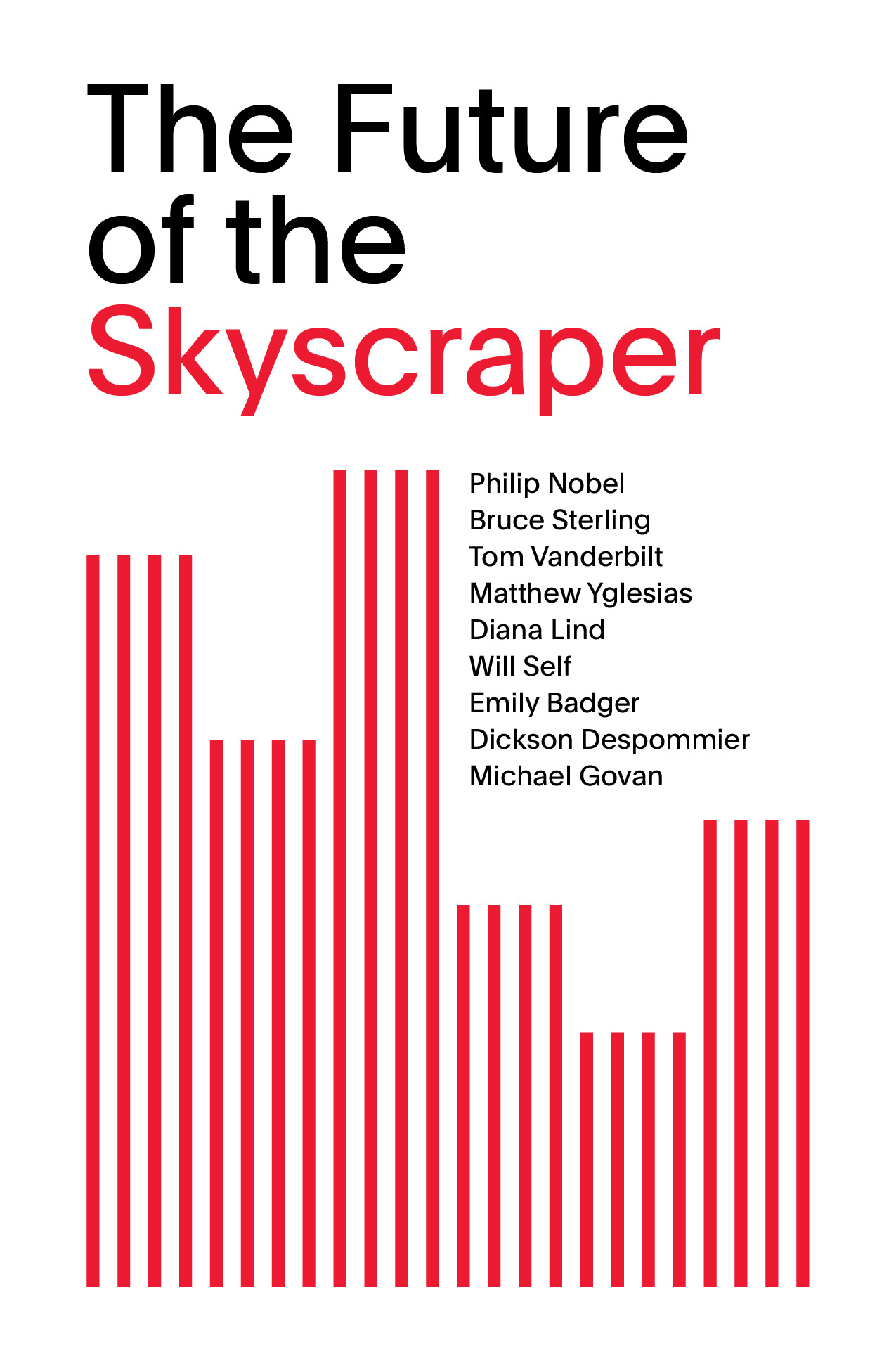 The Future of the Skyscraper is the first volume in the new SOM Thinkers series, conceived by Skidmore, Owings & Merrill.

Each installment of SOM Thinkers will bring together leading voices on a single topic. This inaugural volume, edited by Philip Nobel, offers insights into the future of the skyscraper economically, socially, and artistically. Participating authors Bruce Sterling, Tom Vanderbilt, Matthew Yglesias, Diana Lind, Will Self, Emily Badger, Dickson Despommier, and Michael Govan exemplify both the intelligence and approachability that will become the hallmarks of this initiative – widely published in popular media, these experts are respected for the way they translate visionary ideas into plain language.

In this volume, Bruce Sterling describes four possible futures that might shape future towers, presenting a choose-your-own-adventure of potential futures for architecture, some of them terrifying in their nearness. We peer up at skyscrapers old and new, visit their highest floors, turn them this way and that to see them clearly through the psychology (Tom Vanderbilt) and physiology (Emily Badger) of living and working on high, and through the lens of policy in the low-rise counterexample of Washington, D.C. (Matthew Yglesias). Diana Lind tests the idea of tall against the more sprawling needs of those spatially mundane but transformative new economy industries that may well be the supertall clients of the future. Will Self looks back in literature, film and recent urban history to write forward toward a new understanding of the tower in the popular imagination. Dickson Despommier shares a comprehensive vision of an ecological future, in which towers, perhaps supertalls, would necessarily play a crucial role. Michael Govan offers up artist Yuri Avvakumov and his House of Cards series as a way to see the emotional forces that towers address.

SOM Thinkers originated from a desire to start a public conversation about the built environment. Rather than frame the subject in the expected “professional” language, the series poses today’s most pressing questions about architecture in a bold and accessible way.

Read the following essays from The Future of the Skyscraper online:

SOM Thinkers: The Future of Transportation